Until the revision of the genus Manta in 2009, when a second manta species (Manta alfredi) was resurrected based on morphological and meristic data, all available records in Fijian literature were recorded as Manta birostris, or commonly as the oceanic manta rays. Subsequently, documented sightings were recorded as M. alfredi.

Another reclassification of the genus Manta was undertaken in 2018 when both manta ray species (Manta alfredi, Manta birostris)
were moved to Mobula based on phylogenetic analysis.

Marine ecology consulting crew were part of this study in 2018 when we took out our boast MV KITE to Laucala Bay to sight mantas in Suva with Luke Gordon.

In November 2018, two individuals were sighted foraging in Laucala Bay, a large lagoon adjacent to Suva, the capital city of Fiji.

Two additional oceanic manta ray individuals were recorded in the Yasawa Island Group in the west of Fiji while passing through and foraging in a channel between Drawaqa and Naviti Island in April and September 2020.

We provide photographic identification of ten M. birostris individuals from two sites and discuss our findings in the context of local environmental parameters and other recorded sightings in the South Pacific region.

In light of the global extinction risk of M. birostris and the recent reclassification from Vulnerable to Endangered on the Red List of Threatened Species, the expansion of their known distribution range to Fijian waters and the recurrence of individuals over consecutive years in the same location adds valuable information for the development of effective and data-driven conservation strategies.

This changed after a review by Marshall, Compagno & Bennett (2009), when a second species, Manta alfredi, was resurrected based on morphological and meristic data. Nine years later, a phylogenetic study by White et al. (2018) sequenced mitochondrial, and nuclear DNA of the complete taxon, and based on the results proposed moving both manta ray species from the genus Manta to the genus Mobula, changing their nomenclature to Mobula alfredi and Mobula birostris.

The authors noted that by solely sequencing mitochondrial DNA, both species were indistinguishable, but when incorporating nuclear DNA in combination with morphological data, results indeed supported the proposed taxonomic changes.

Declining populations due to the aforementioned factors led to conservation concerns for both species, with M. alfredi listed as Vulnerable and M. birostris listed as Endangered to Extinction on the IUCN Red List of Threatened Species (Marshall et al., 2019; Marshall et al., 2020).

On a national level, both manta ray species are legally protected in Fiji by the ‘Endangered and Protected Species Act (EPS)’ adopted in 2002, which requires permits to trade or land species listed in Appendix I, II or III of CITES, the ‘Convention on International Trade on Endangered Species of Wild Fauna and Flora’  (Fiji Government, 2002).

Besides introducing national legislation, Fiji has repeatedly advocated for more protection on an international level.

For example, in 2014, Fiji led the successful proposal for inclusion of all Mobula species in Appendix II of the ‘Convention on the Conservation of Migratory Species’ (Convention of Migratory Species, 2014) and in 2016, the successful proposal for inclusion of the same group in Appendix II of CITES (Convention on International Trade in Endangered Species of Wild Fauna and Flora, 2016).

Fiji reaffirmed their domestic ambitions at the UN Ocean Conference in New York in 2017 by committing to the ‘‘conservation and management of all species of sharks and rays and their critical habitats within Fijian waters’’ (United Nations, 2017).

Surprisingly, to date, there are no documented records of M. birostris in Fiji’s waters after the resurrection of M. alfredi in 2009 besides brief mentions in the catch statistics of Fijian longline pelagic fisheries (Piovano & Gilman, 2017). Earlier records of Manta birostris can be found in Fijian literature, for example, a 300–400 kg specimen recorded off Rotuma in 1983 (Fijian Fisheries Division, 1983).

While some reliable reef manta aggregation sites are known throughout the country and opportunistic Mobula spp. sightings are commonly reported by recreational divers, fishermen and tourism operators, detailed information on habitat preferences and distribution within the country is generally lacking.

A 7 m deep channel located towards the southern end of Drawaqa Island and the largest island in the chain, Naviti Island, is a known reef manta ray aggregation site.

From May to October aggregations of up to 15 reef manta rays can be observed in the channel (Murphy, Campbell & Drew, 2018).

In addition to feeding on plankton, the reef manta rays also opportunistically utilise a cleaning station in the passage.

Similarly, the waters off Kokomo Private Island Fiji, a luxury resort based in the south of the country on Yaukuve Levu Island, part of an island chain to the north of Kadavu Island, are home to several foraging sites and cleaning stations with regular sightings from April-December and a peak in sightings from May–October.

Large aggregations have been recorded at these sites with 65+ individuals foraging at the same time, currently the largest aggregation of reef manta rays known in Fiji (L Gordon, 2020, pers. obs).

Manta Project Fiji (MPF), established in 2012 as an affiliate of the Manta Trust, has been cataloging reported manta ray sightings across the country and currently manages a database containing 425 identified M. alfredi individuals.

Prior to this study, no oceanic manta rays had been reliably confirmed through photographs or video in Fijian waters and were absent from the database.

Here, reef manta rays (Mobula alfredi) are commonly observed foraging and at least one individual was captured here by local fishermen in August 2021.

Laucala Bay lies between the Suva peninsula in the west (where a hilly environment separates it from Suva Harbour) and the delta of Fiji’s largest river, the Rewa, in the east (Fig. 2).

Besides being located adjacent to the Rewa delta, several rivers feed into the bay area shedding large amounts of freshwater into the area with limited exchange towards the oceans due to the reef system sheltering it from the open ocean (Koliyavu et al., 2021). 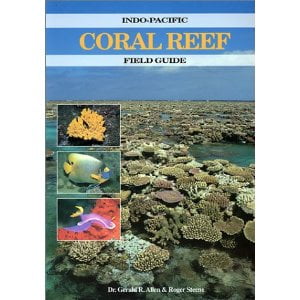