In April 1998, a small indigenous community began one of the earliest Community-managed Marine Protected Areas (MPA) in Fiji, beginning a decade of commitment to protecting reef life for future generations.

The project was a founder member of the Fiji Locally Managed Marine Areas (FLMMA) network, and one of the few FLMMA projects to include an income-generating community-managed tourism operation.

These surveys demonstrated increased fish populations within the MPA after 3 years, and increased invertebrate populations after 5 years. Fish and invertebrates important to local subsistence and commerce are harvested in the spill-over area near the MPA. Some poaching occurs inside the MPA, so far not significantly impacting overall populations, suggesting the ecosystem is now adequately robust to withstand some harvesting.

Coral growth was retarded by a bleaching event in 2000, but herbivory has reduced macroalgal cover within the MPA, creating better coral-growth substrate, accelerating coral settlement and recovery in comparison with heavily fished areas where macroalgae covers most available substrate,
preventing new coral settlement. A small coral restoration project is thriving inside the MPA.

Socio-economic surveys have shown the MPA to have economic and social importance to the local inhabitants, and the value of the MPA as a reserve for conservation and future fish stocks has been reinforced by the income-generating potential of eco-tourism activities. 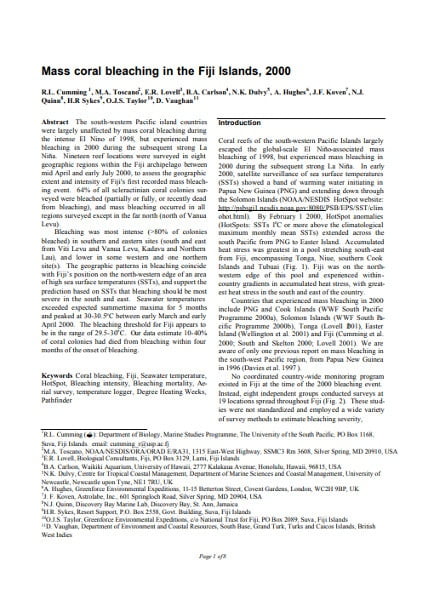 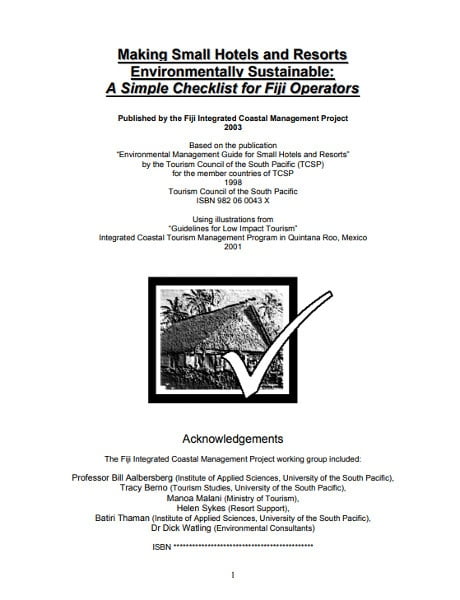 A simple checklist of development guidelines to encourage small resorts and hotels in Fiji to build and operate in an environmentally and socially sustainable manner.